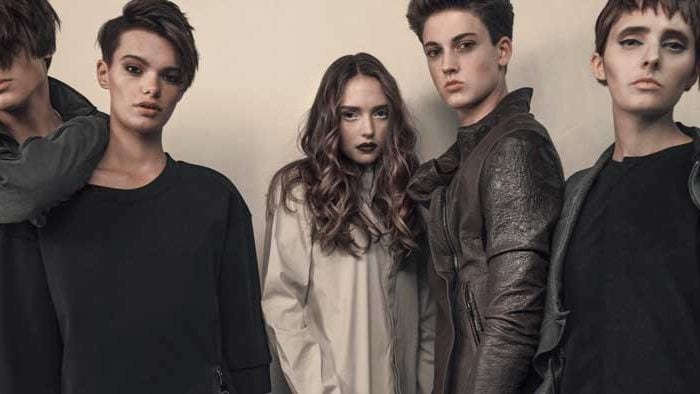 For some time now, fashion shows have been showing a genderless fashion trend for both adults and children. The new generation demonstrates that gender does not determine the type of clothing and that any room can be both masculine and feminine. As a result, genderless fashion is on the rise and is taking place in all wardrobes. It’s a fashion that allows you to find your style in a comfortable and elegant way. Keep reading our article and learn more about it! Link in the bio

There is a paradigm shift in our understanding of what gender and sex mean, i.e. being able as a society to realize that in personality formulation these issues arise separately. Today we are experiencing a much broader reflection on gender studies, LGBTQ + activism (gay, lesbian, bisexual, transvestite and transgender, queer) and the theoretical feminist perspective. Therefore, all these questions eventually took off and brought new discourses. Celebrity style changes and genderless fashion.

The rupture of these concepts also happened with Coco Chanel. She was the first woman to dress and create feminine models using pants and blazers, in the early 20th century. From there, famous actresses like Marlene Dietrich, Katherine Hepburn, and Greta Garbo pioneered appearing in public in pants. At the time, Marlène Dietrich had even received a warning from the French police because women were not allowed to wear pants in public places.

It was in 1960 that unisex fashion emerged, where women adhered to short hair and costumes, but even so, male and female models still existed. Since then, the plays have become popular and the paradigms of gender ideology are deconstructed. In 2014, actress Angelina Jolie stole the show on the red carpet at the BAFTA (British Academy Film Awards) in London, wearing a blazer, dress pants, bow tie and high heels. Jaden Smith, son of actor Will Smith, adopted the dresses, finding a style of dress that promotes comfort and well-being. Artists like David Bowie, Kurt Cobain and Jared Leto have also ignited the media for adopting dresses and skirts in their wardrobes.

The important thing is freedom of dress and choice! The clothes are designed for people and not for men or women. In addition, each piece respects the individuality and peculiarity of the body and aims to offer comfort, in addition to bringing elegance to the look. Colours and patterns have no gender, and everyone creates their style with the color they prefer and with the room that suits them best. Let go of the concepts that definitively determine the masculine and feminine and just dress well, boosting self-esteem and making the daily routine easier. This is the proposition of genderless fashion

This website uses cookies to improve your experience while you navigate through the website. Out of these, the cookies that are categorized as necessary are stored on your browser as they are essential for the working of basic functionalities of the website. We also use third-party cookies that help us analyze and understand how you use this website. These cookies will be stored in your browser only with your consent. You also have the option to opt-out of these cookies. But opting out of some of these cookies may affect your browsing experience.
Necessary Always Enabled
Necessary cookies are absolutely essential for the website to function properly. This category only includes cookies that ensures basic functionalities and security features of the website. These cookies do not store any personal information.
Non-necessary
Any cookies that may not be particularly necessary for the website to function and is used specifically to collect user personal data via analytics, ads, other embedded contents are termed as non-necessary cookies. It is mandatory to procure user consent prior to running these cookies on your website.
SAVE & ACCEPT